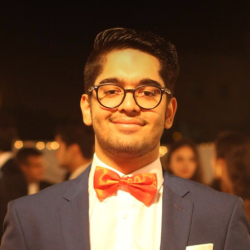 Cricket Australia announced the limited-overs series 16-member squad for Pakistan Tour. The team will be led by Aaron Finch while David Warner, Pat Cummins, Josh Hazlewood, Mitch Starc and Glenn Maxwell will miss the limited-overs leg of their upcoming tour of Pakistan. However, Cricket Australia clearly stated all players who are under central contract cannot play an IPL game until the Pakistan tour concludes.

Australia is touring Pakistan after 24 years for 3 test matches, 3 one-day internationals and a T20I. Among the players rested for the white-ball series, Cummins, Warner and Hazlewood are part of the 3 match test series that will be played in Rawalpindi, Karachi and Lahore.

Cricket Australia in their press release made it clear that all contracted players whether they are part of the Pakistan Tour or not can’t play any match in the Indian Premier League before April 6th.

As CA-contracted players, their annual leave period begins on April 6 – the day after the Pakistan tour concludes – and it is understood No Objection Certificates have been issued for all contracted players from that date.

Players who are part of the Pakistan Tour & IPL

David Warner, Josh Hazlewood and Pat Cummins who are not selected in ODIs and T20Is for Pakistan Tour will miss the first week of IPL due to CA’s policy of not playing any other tournament while the national team is in action. These players will travel to India after completion of the test series and complete the quarantine period and will be available for selection on April 6th.

However, Mitchell Marsh, Marcus Stoinis, Jason Behrendorff, Sean Abbott and Nathan Ellis will miss an additional week of IPL 2022 after completing their Pakistan Tour. They will leave for India via a connecting flight from Dubai and complete the quarantine period before featuring in this year of IPL.

The Indian Premier League is expected to begin on March 27th and will consist of 10 teams this time as two new teams are introduced this year. The most-watched tournament will extend for more than 2 months. This is the first time that a significant amount of players will miss out on the initial matches of IPL due to national duty as international cricket halts during India’s T20 league.

The five players who are part of the ODI & T20 Squad have big IPL contracts:

Australian Chief Selector is excited about the historical tour:

“We have picked a talented and versatile squad with a number of challenges to juggle, including the tour structure of predominantly 50 over games, management of several multi-format players in the medium to long term; and our need to build experience and depth in preparation for two short-form World Cups within the next 18 months.”

“We’re confident the squad can both compete successfully on this tour and continue our progress towards those crucial tournaments.”